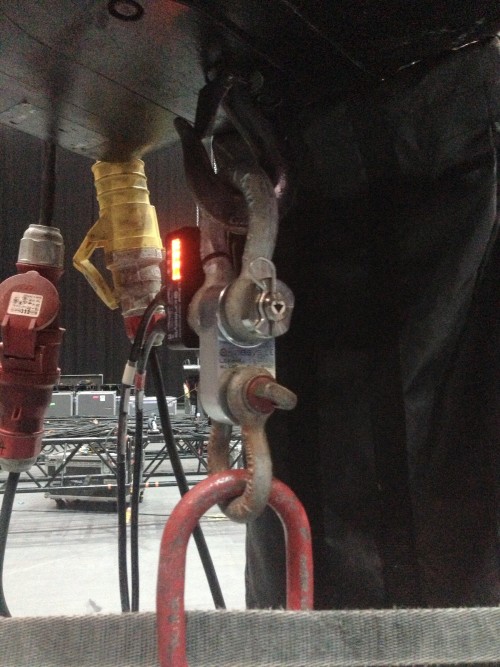 RT supplied 8 x 4.75T LibraCELLs, once again fitted with the new LibraRIG to allow for quick attachment to the tours rigging system. RT also supplied an NRC Level 2 Rigger for the load in day who installed and operated the load cells. Load information gained from the load cells was then presented to Lawrence in the form of a PDF document that can be used as a guide to future rigging operations.

“When I wished to confirm the weights for our show I had many options to achieve this. However RT out weighs everyone else, their service backup and commitment is second to none.”
Simon Lawrence, Rigging Co