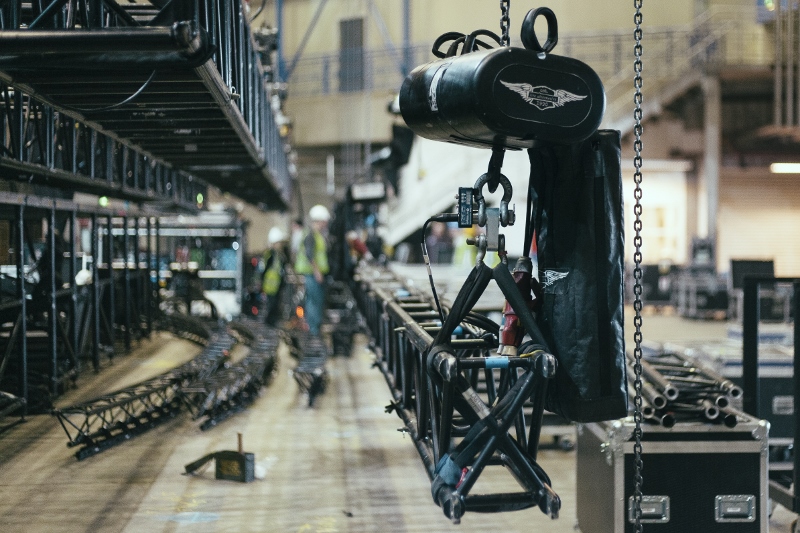 With a complicated, unusual, and brilliant design by Cate Carter there were many parts of the rig that could and did benefit from load monitoring. For rehearsals Rigorous Technology supplied 50 Kinesys LibraCELLs and our proven LibraSYSTEM rack to allow every element of the lighting system to be weighed. 35 of the cells and the rack then continued onto the tour.

10 cells were networked with Lite Alternatives Kinesys Vector & Elevation system to allow real time load monitoring and overload/underload cue shut down on the curved moving screens behind the band. A further 10 cells were deployed on the mother grid above the moving screens, with 5 cells on the upstage lighting wall and a final 10 cells on the audience trusses.

All cells were fitted with LibraRIG to allow for quick attachment during load in, and with all of our cables loomed in with Lite Alternative’s cables from the start the presence of the cells did not add any time to load in or load out. Always a concern in this time conscious industry!

The LibraWIFI built into our rack allowed full situational awareness at both stage left and stage right hoist control positions.