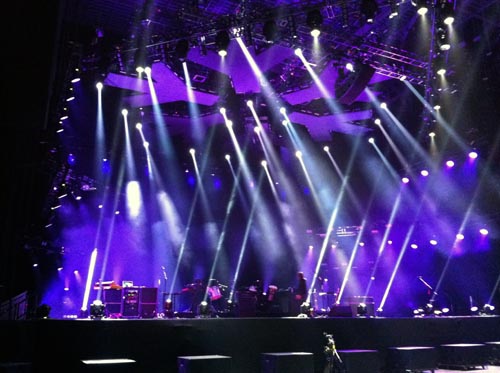 The grid, snow flake truss and Kinesys were all supplied by HSL, with Rigorous Technology supplying a 14 way LibraCELL system to monitor the loads on the grid.

On this heavy show the system quickly proved its worth. Simply “bumping” a hoist could transfer 900kg from one point to another, and the system allowed the load on the grid to be accurately monitored and distributed evenly.